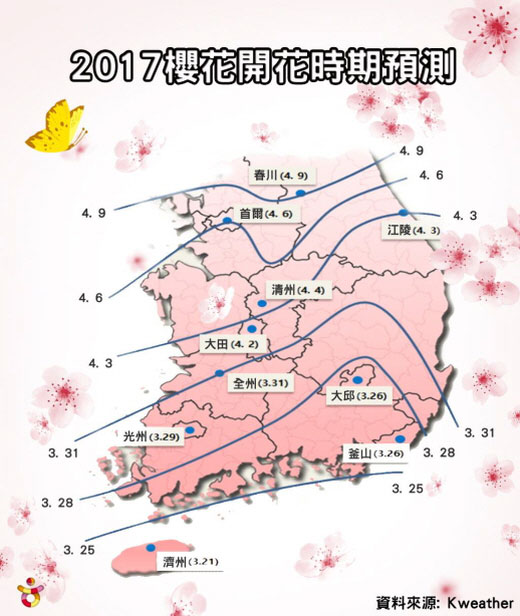 Kweather Co. has announced this year’s spring blossom forecast, with the news that this year’s peak season will be 2-5 days earlier than previous years.

Signaling the start of spring, cherry blossoms will be blooming from March 21 in Jeju, arriving in the southern region March 26-31, before spreading to the central region April 2-9.

The flowers generally require one week after the start of blooming to reach their peak. Therefore, it is expected that Jeju will be at its most beautiful state on Mar 28, the southern region around Apr 2-7, and the central region April 9-16.