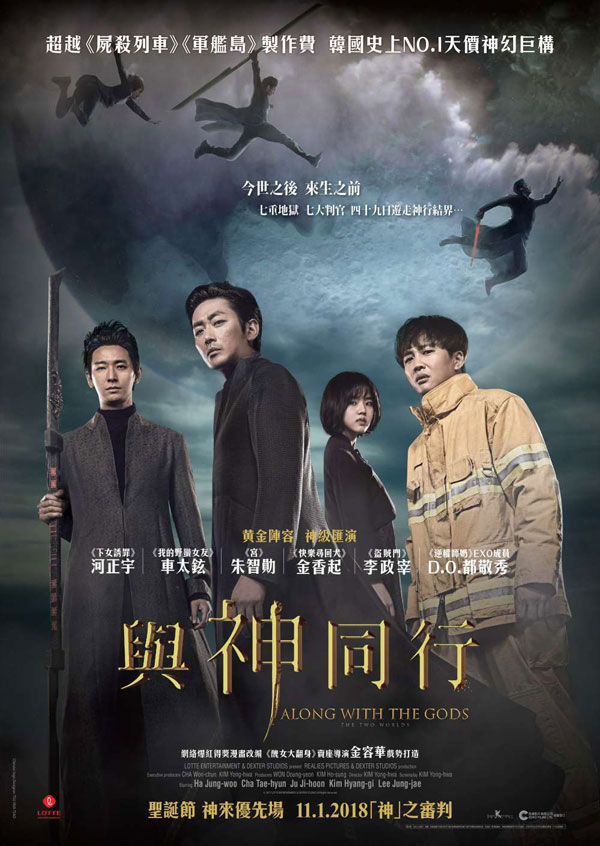 Long-awaited blockbuster Along with the Gods shows its power at the box office with more than 5 million viewers gracing the cinema until Dec 26.

Along with the Gods tracks the story of the death of an ordinary man named Ja-hong (Cha Tae-hyun) and Gang-rim (Ha Jung-woo), the head grim reaper who escorts Ja-hong to the afterlife, where he will assign a public defender to represent him in 7 trials in 49 days to find out how he lived his life and where he ought to spend the rest of eternity