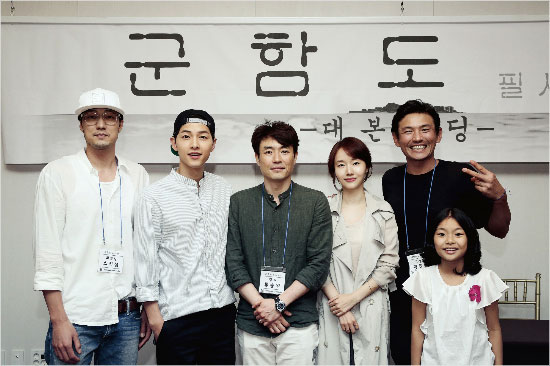 During the Japanese colonial era, roughly 400 Korean people, who were forced onto Battleship Island (“Hashima Island”) to mine for coal, attempt to escape.Korean top stars Song Jong-ki, So Ji-sub and Hwang Jung-min join forces in this blockbuster recounting the dark and painful history of that era. Hwang Jung-min plays the role of the band leader of a hotel and is tempted to bring his daughter to Nagasaki for better salaries. So Ji-sub is a hooligan who ends up working as a slave in a coal mine that is 1000m underground. Independent force army officer (Song Jong-ki) would do anything he could to rescue them as well as 400 coal mine workers and set them free.